On Sunday the Mr. and I ventured out to Aberfoyle!! For those not from 'round these parts, Aberfoyle is a huge outdoor antique market near Guelph ON and until Sunday I had NOT YET BEEN. There were definitely some amazing pieces there and a whole range of prices (some ridiculously good, some just ridiculous!). All in all it was fun to spend a sunny day there looking around.
I'll get to some of the fun stuff we saw in a second...but first I'll show you what we bought: 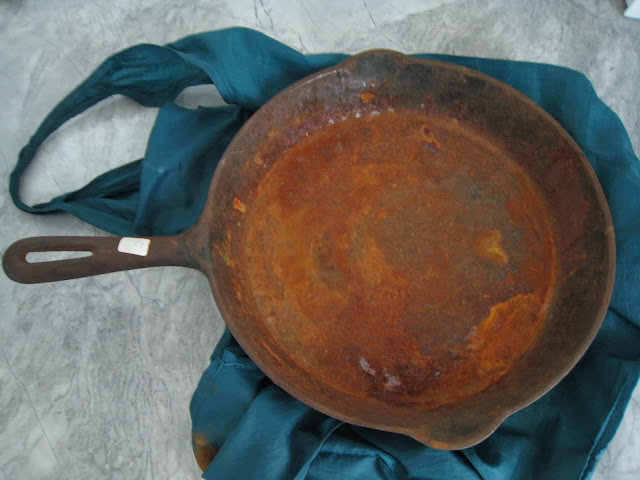 Yes ladies and gents...that rust sodden pan is all ours (and the only thing we came home with). There is a little story to go along, obviously :) It starts with the Mr. wanting to cook everything on the BBQ, and me being concerned about ruining our pans. Our compromise / conclusion was that we needed a cast iron pan, one that can withstand anything! Well...new cast iron pans are expensive, so we tried searching for them at garage sales with little luck. The Mr. spotted this beaut at Aberfoyle and decided we had to have it. He was excited about the project that lay in cleaning it up and de-rusting it, and excited about bartering for it at Aberfoyle. So, he knocked the seller down to $5 from $10 and the pan was ours.

Excitement reigned until this: 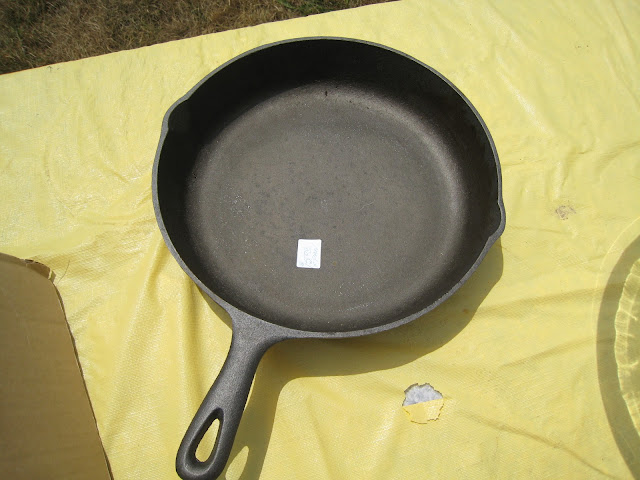 Why, yes, that IS a pristine cast iron pan that you see (same size)...it was priced at $15. With the steel wool attachment the Mr. has to buy for his drill to clean up the rusty one this one would have been CHEAPER. We had a good laugh about that...but the end of the story is that we have the rusty one...so keep an eye out for a Mr. before and after guest post :)

In the meantime, here is some of the fantastic stuff we saw at Aberfoyle. To be honest I expected more furniture, but there were mostly small trinkets. There were also a TON of doors, banister posts, and some smaller furniture (e.g. vintage crates). I'm sure it changes from week to week or month to month as well. If you haven't been I recommend it as a fun afternoon! 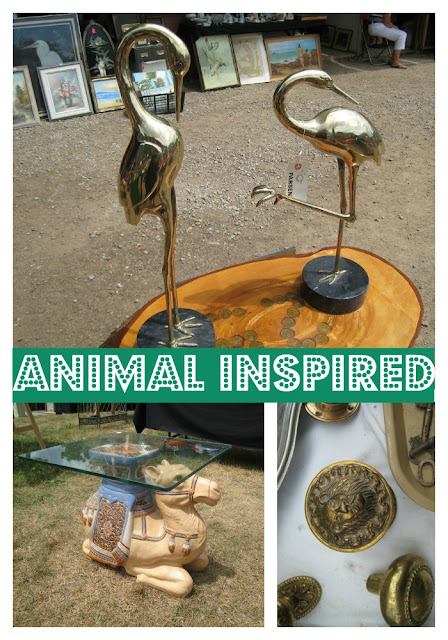 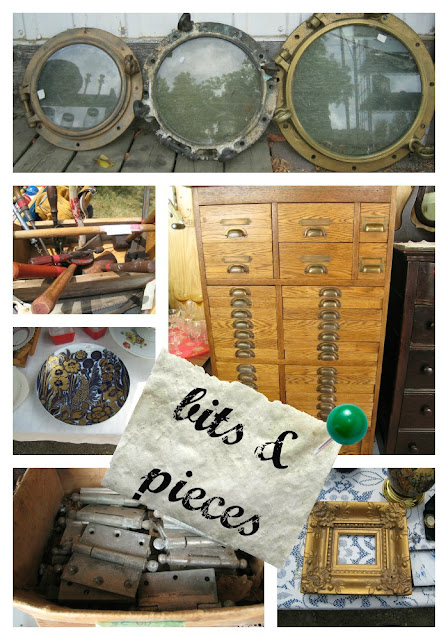 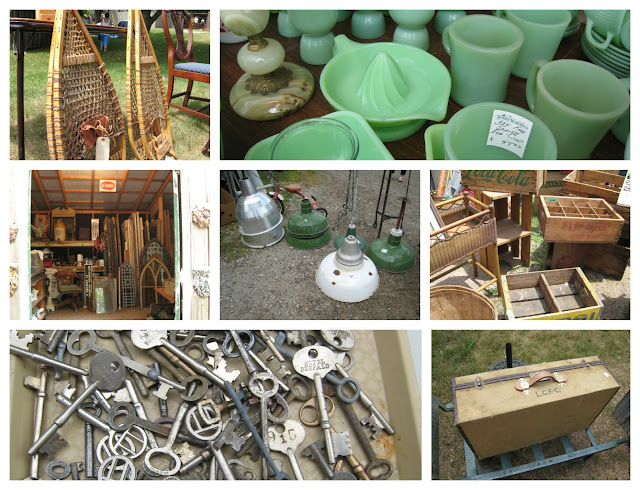 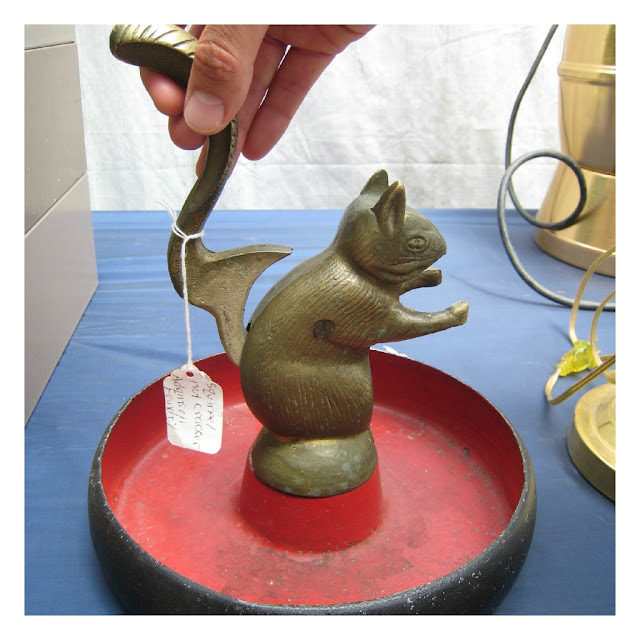 Thinking back, I can't believe I didn't buy this squirrel nutcracker. You put a nut in its mouth and then move the tail to crack it. How funny is that?
Posted by InteriorGroupie at 7:17 AM

So many great treasures there....I'm loving those light fixtures!

It is a great place to find just about anything. Looks like you had a fun day!

Oooh I'll have to go the next time i'm down that way. Fun finds!

So many cool things...I love the portholes and that nutcracker!

Try this tutorial for cleaning up the cast iron pan, it'll probably be faster than the steel wool!

LOVE the items that caught your eye Heather. They're fantastic. So fun!!! Wish I could go to Aberfoyle...

dajana, all kinds of lovely said...

Aberfoyle is chockfull of interesting finds, Heather! I wish we had something like this in Edmonton.

I like that you and your Mr. went together - what a great idea for a fun date day. (:

I was there a few weeks ago.
That camel coffee table is the greatest!

I need to go! Did you see any bar carts?

I really need to go there one day! I would just love a place like that.

I have not had a chance to get there this year but I love Aberfoyle!

I love aberfoyle! I've been going there sporadically for 20 years! I always leave with something :)

I'm ashamed to admit that I have never been either. I would love to go some day. I also wish you had purchased the squirrel nut cracker!

Ashley beat me to it, but I was going to recommend the very same tutorial! It might seem like a lot of work, but it'll be well worth the results. And that way you won't have to worry about possibly gouging your 'new' cast iron with a bit or having your arm fall off from all the steel wool scouring :)

I haven't been for years but I love that place! Those golden birdies are great! 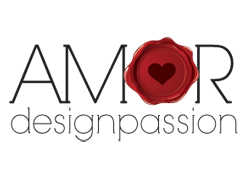 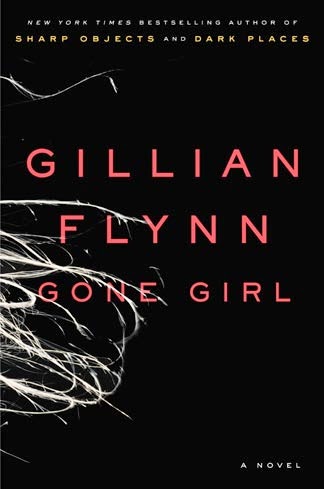